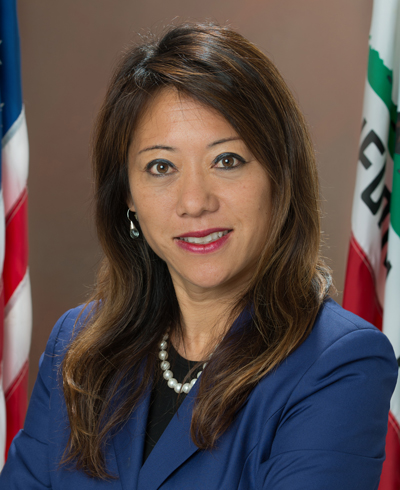 Fiona Ma is a Certified Public Tax Accountant and currently serves on the California State Board of Equalization, where she works to protect the rights for taxpayers while also ensuring that California collects its fair share of tax revenues.

As one of two Certified Public Accountants (CPAs) to ever have served on the Board, Fiona understands the challenges that businesses and taxpayers face today. As Chair, she has worked tirelessly to uphold the highest level of integrity in government and fought to increase accessibility, accountability, and transparency at the Board of Equalization.

Prior to serving on the Board of Equalization, Fiona was elected to the California State Assembly from 2006-2012. She was the first Asian American woman to become Speaker pro Tempore of the State Assembly.

In the Assembly, Fiona authored a groundbreaking law to ban toxic chemicals, known as phthalates, in baby products statewide. Hers was the first law of its kind in the nation and became a model for the federal amendment on the same subject, authored by U.S. Senator Dianne Feinstein in 2008.

As Chair of the Assembly Select Committee on Domestic Violence, Fiona wrote legislation which successfully strengthened laws that protect victims of domestic violence.

She also sponsored legislation to protect consumers, help California’s working families pay their bills, prevent the spread of Hepatitis B, increase access to quality healthcare, and provide equal rights for all Californians.

Prior to her career in public service, Fiona worked as an accountant for Ernst & Young, before leaving to start her own accounting practice. Fiona has been licensed in California as a Certified Public Account (CPA) since 1992.

She is a Member of the California Society of Certified Public Accountants, serves on the Board of CA Women Lead, is an Honorary Chair and Spokesperson for the San Francisco Hep B Free Campaign, is a member of the Screen Actors Guild (SAG) and a California Film Commissioner. She is married to Jason Hodge, a full-time firefighter and an Oxnard Harbor Commissioner.

All sessions by Fiona Ma