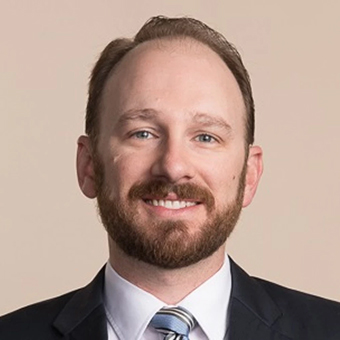 Darren Hodge is a Director at PFM Financial Advisors LLC (PFM). He joined PFM in 2015 and serves as financial advisor to municipal entities in the Western U.S., focusing on public utility, state and local governments, and transportation finance. Darren’s experience includes assisting his clients in the development and execution of long-term financial plans as well as assisting his clients in accessing both the private and public capital markets involving fixed and floating rate securities, interim financing products, and derivatives, among others. Over his career, Darren has worked with a variety of sectors including transit, transportation, public power, state and local governments, water and wastewater, including others. Darren is also familiar with federal loan and grant programs, having assisted his clients in securing low-cost financing through programs such as TIFIA and WIFIA. Darren has also assisted his clients in developing cost-effective interim financing solutions, from commercial paper and lines of credit to bank bridge financings and Bond Anticipation Notes. Before joining PFM, Darren spent over a decade as an investment banker, completing over $30 billion of transactions including public utility revenue bonds, sales tax revenue bonds, general obligation bonds, certificates of participations, tax and revenue anticipation notes, and variable rate bonds. Darren has a B.S. in Computer Science and a M.A. in Economics from the University of California, Santa Barbara.