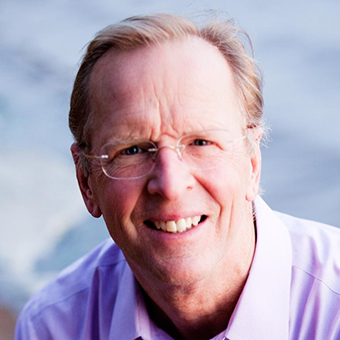 As a founder and CEO of three Silicon Valley companies, venture investor, and recipient of the National Innovators Award, Don Maruska writes, speaks, and coaches from a broad base of experience. His lifelong passions for creativity, translating innovative ideas into practical applications, and bringing out the best in others stimulate his work. His books, keynote speeches, and workshops guide audiences to fulfill their hopes in powerful, practical, and profitable ways. Don wrote How Great Decisions Get Made, with a foreword by Margaret J. Wheatley (AMACOM, 2004). This book has helped thousands of people in businesses, governments, and communities around the world to enjoy major breakthroughs and enduring results. His most recent book is Take Charge of Your Talent, with co-author Jay Perry and a foreword by Jim Kouzes (Berrett-Koehler, 2013). It embodies over a decade of pioneering work to help people make the most of their talent and enjoy doing it.

Don’s own story is one of learning how to take charge of his talent. He was the first in his family to attend college, and he earned a BA magna cum laude from Harvard University. At twenty-two, Don was a legislative assistant in the US Senate and thereafter developed management procedures to implement a national housing program. He subsequently earned an MBA and JD from Stanford University and joined McKinsey & Company, where he led strategy and organization projects for corporations, government agencies, and nonprofits. Following nearly two decades of leadership in Silicon Valley, Don became a Master Certified Coach, focusing on helping leaders and teams to cultivate success in their organizations. Don’s clients include large firms such as Accenture, Blue Shield, Duke Energy, Intel, Microsoft, and Wells Fargo, as well as growing mid-sized businesses, government agencies, nonprofits, and entrepreneurs. He also founded and directed the CSMFO and ICMA Coaching Programs, which provides professional development for over 10,000 leaders in local government in 30 states each year. Don has appeared on over thirty radio and television interview programs throughout the United States. Fast Company, Inc., Entrepreneur, and other leading publications quote him as an expert. He delivers keynote speeches and workshops across the country and abroad. Don and his family live on the shores of Morro Bay, California.