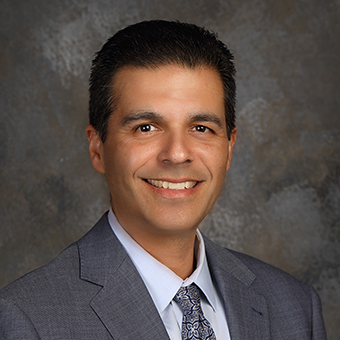 Ernie Reyna has 24 years of experience working in accounting and finance and has been with the City of Perris for nearly three years, serving as its Deputy City Manager. Prior to becoming the Deputy City Manager, Ernie served as Director of Finance. Before joining the team at the City of Perris, Ernie was with the City of Eastvale as its Finance Director/City Treasurer for a year-and-a-half. Eastvale is the second newest city in California and he thoroughly enjoyed his time there. Prior to accepting the position of Finance Director/City Treasurer with the City of Eastvale, Ernie spent seven years as Chief Financial Officer (CFO) for the Western Riverside Council of Governments (WRCOG), where he performed duties such as budgeting, financial reporting, and human resources and information technology-related tasks. Before his time at WRCOG, Ernie was employed a total of 13 years with the Morongo Band of Mission Indians, the first half of which was spent with the casino performing accounting duties as they related to the gaming industry, while the second half was spent on the administration side working closely with the Tribal Council. Ernie has a degree from the University of California, Riverside in Business Administration and he also earned his certification as a Certified Public Accountant (CPA). And if he wasn’t busy enough, Ernie has decided to go back and earn his Master of Public Administration (MPA) from California Baptist University, and expects he will receive his MPA in May 2023.