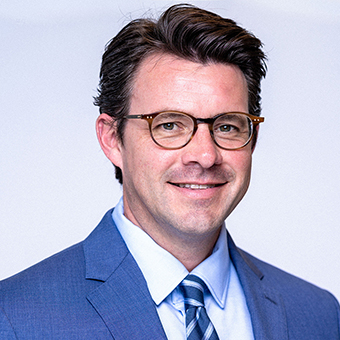 Gabriel Petek was appointed to the position of the Legislative Analyst in February 2019, as the sixth person to serve in that capacity since the office was founded in 1941. As the Legislative Analyst, Gabriel serves as the nonpartisan fiscal advisor to both houses of the California Legislature and oversees the preparation of fiscal and policy analyses of the State’s budget and programs. His office is also responsible for preparing impartial analyses of all initiatives and constitutional measures qualifying for the State’s ballot. Before joining the office, Gabriel worked for two decades at S&P Global Ratings. Gabriel held several positions at S&P before he was ultimately named the Managing Director and Sector Leader in the U.S. States Group of the U.S. Public Finance Division in San Francisco. Gabriel was S&P’s primary analyst for the states of California and Illinois.

Gabriel graduated with a Master in Public Policy from Harvard University’s Kennedy School of Government, during which time he interned at the City of Boston’s Office of Management and Budget. In addition, he earned his B.A., magna cum laude, in political science from Loyola Marymount University, with a portion of his undergraduate coursework completed through his participation in the Hansard Scholars Programme at the London School of Economics and Political Science. Gabriel holds the Chartered Financial Analyst (CFA) designation and has served as an advisor to the Government Finance Officer’s Association’s Committee on Governmental Budgeting and Fiscal Policy. He currently serves on the Statewide Leadership Council of the Public Policy Institute of California. Gabriel is married to Andrea de la Fuente and has two children, Eden and William. He enjoys running and listening to his daughter play violin, and has coached his son’s little league teams over the years.