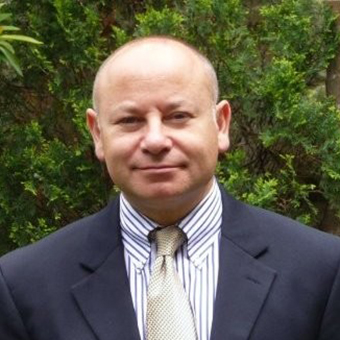 Julian Robinson is a Senior Pension Actuary with the Valuation Services Team at the California Public Employees’ Retirement System (CalPERS). He has been with CalPERS since 2012. Julian is responsible for the actuarial work for various CalPERS contracting agencies throughout the California. He is also on the CalPERS Asset Liability Management Advisory Council. He frequently conducts webinars on current issues and represents CalPERS at conferences and other public events. Julian has experience in the pension, employee benefits, and insurance industries. Before joining CalPERS, he was a Vice President at American General Life Companies (AIG), Manager of Global Benefits for Marsh & McLennan Companies, and a Vice President at Aon Consulting in the M&A group. Julian is a Fellow of the Society of Actuaries, an Enrolled Actuary under the Employee Retirement Income Security Act (ERISA), and a Member of the American Academy of Actuaries. Julian earned a Bachelor’s degree in Economics from Macquarie University, Sydney, Australia. In his free time, Julian likes exercising at the gym and performing amateur stand-up comedy.