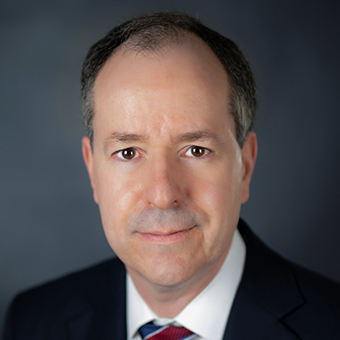 Michael Colantuono, Managing Shareholder with Colantuono, Highsmith & Whatley, PC, has specialized in municipal law since 1989. He is certified by the California State Bar as a Specialist in Appellate Law and is President of the California Academy of Appellate Lawyers, an association of a bit more than 100 of the most distinguished appellate lawyers in California. He is an Elected Member of the American Law Institute, the leading independent organization in the United States producing scholarly work to clarify, modernize, and otherwise improve the law. He has argued 14 cases in the California Supreme Court and appeared in all six of the California District Courts of Appeal, as well as trial courts around the State. He serves on the California Judicial Council’s Appellate Advisory Committee and its Appellate Caseflow Working Group.

Michael has expertise in a broad range of areas of concern to local governments in California, including constitutional law, land use regulation, open meetings, elections, municipal litigation, conflicts of interest, public utilities, LAFCO issues, inverse condemnation, cannabis regulation, and a wide range of public finance issues involving taxes, assessments, fees and charges. Michael is perhaps California’s leading expert on the law of local government revenues, briefing 18 cases on that subject in the California Supreme Court since 2004. The Daily Journal named him a California Lawyer of the Year in inverse condemnation law for his win in City of Oroville v. Superior Court (2019) 7 Cal.5th 1091, government’s first win in that court in this subject area in decades. California Chief Justice Ronald M. George presented him with the 2010 Public Lawyer of the Year Award on behalf of the California State Bar. Two successive Speakers of the California Assembly appointed him to the Board of Trustees of the California Bar, the state agency which regulates the practice of law in California. His fellow Trustees elected him Treasurer and President of the Bar and the California Supreme Court appointed him as Chair of its Board of Trustees.

Michael assisted the Legislative Analyst’s Office in the impartial analysis of Proposition 218 and co-chaired the committee which drafted what became the Proposition 218 Omnibus Implementation Act of 1997. He also chaired the committees which drafted the League of California Cities’ Prop. 26 and 218 Implementation Guide. Michael was elected by his peers to serve as President of the City Attorneys’ Department of the League of California Cities in 2003-2004. He now represents the Department on Cal Cities’ Board of Directors. Michael was appointed by the Rules Committee of the California State Assembly to the Commission on Local Governance in the 21st Century. The Commission was formed to study the Cortese-Knox-Hertzberg Local Government Reorganization Act and the bulk of its recommendations became law. Michael was deeply involved in drafting both the committee report and the statute.