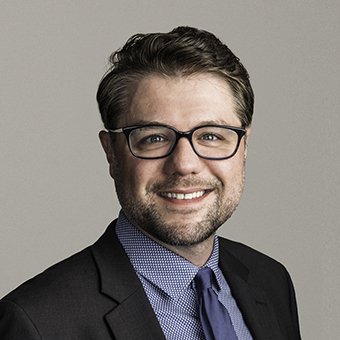 Ryan McNeely is a Director in the Management and Budget Consulting practice of PFM Group Consulting LLC in the New Orleans office, where he has engaged in multi-year financial planning for the cities of Danville, Virginia; Rockford, Illinois; Savannah, Georgia; and Seaside Heights, New Jersey. In his multi-year planning efforts, Ryan has focused on freeing up resources for cities to reinvest in their own fiscal resiliency and community and economic development. Ryan also led a multi-year financial forecast for Chattanooga, Tennessee, and is currently assisting Davidson County, Tennessee with an analysis of their criminal justice-related fines and fees. Ryan has been an advisor on budget and financial matters for the City of New Orleans, where he led the development of a “State of the City’s Finances” report to help inform the incoming Cantrell administration and the general public. Currently, he is advising the New Orleans Sewerage and Water Board on financial liquidity and financial reporting matters.

Prior to joining PFM, Ryan was a senior associate for a consulting firm in New Orleans. His primary client was the New Orleans Aviation Board during the planning and implementation of a $1 billion capital program, including the construction of a new airport terminal. Ryan also has experience as a budget analyst for the New Jersey Office of Management & Budget. Ryan led budgeting and monitoring for the largest and most significant programs in state government, including municipal aid, school aid, and community development initiatives. He also managed the accounts for federal programs such as Section 8 housing assistance and unemployment insurance. Ryan has a BA in Political Science from Williams College and a MPA from the Woodrow Wilson School at Princeton University.